Evidence That Parkinson’s Starts in the Gut 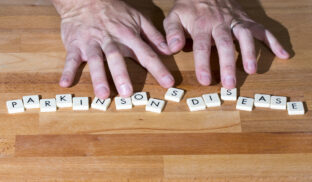 Evidence that Parkinson’s disease may start in the gut is mounting. New research shows that proteins that are believed to play a key role in the disease can spread from the gastrointestinal tract to the brain.

The human body naturally forms a protein called alpha-synuclein which is found, among other places, in the brain’s nerve cell endings. However misfiled forms of this protein that clump together are linked to damaged nerve cells, a deterioration of the dopamine system and problems with movement and speech – hallmarks of Parkinson’s disease.

The latest findings, based on studies in mice, support along-held theory that abnormally folded alpha-synucleins may start off the in the gut and then spread to the brain via the vagus nerve – a bundle of fibres that starts in the brainstem and transports signals to and from many of the body’ organs, including the gut.

“It supports and really provides the first experimental evidence that Parkinson’s disease can start in the gut and go up the vagus nerve” said Ted Dawson, professor of Neurology art John Hopkins University school of medicine and co-author of the research.

The research team found the way the protein spreads around the brain fits in with the way markers of Parkinson’s disease are distributed throughout the human brain at different stages in the disease.

Dr Beckie Port, research manager at the Charity Parkinson’s UK said “This study adds support to a growing base of evidence (implying) that changes in the gut play a key role in the initiation of Parkinson’s.”

“By identifying and halting these changes before they reach the brain, we may be able to prevent the majority of Parkinson’s symptoms appearing and improve the lives of people who will be affected.”

IgBioscience comment: Our Immustem 100% pure organic colostrum is a powerful tool that studies have shown helps maintain, repair and regenerate a healthy gut lining that Prevents viruses and pathogens entering the body.