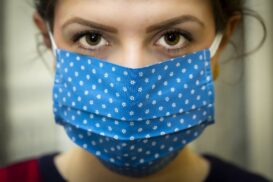 Here’s something that we all might find interesting: A recent study in the Journal of Clinical Gastroenterology has shown that Colostrum and prebiotics and probiotics are more effective in preventing flu than the flu vaccine. Col0strum contains the full range of pre and probiotics.
“The efficacy of a 2-month treatment with oral colostrum in the prevention of flu episodes compared with antiinfluenza vaccination was evaluated. Groups included healthy subjects without prophylaxis and those receiving both vaccination and colostrum. After 3 months of follow-up, the number of days with flu was 3 times higher in the non-colostrum subjects. The colostrum group had 13 episodes versus 14 in the colostrum + vaccination group, 41 in the group without prophylaxis, and 57 in nontreated subjects.”
Bovine colostrum raises the percentage of natural killer (NK) cells in the body. NK cells are a type of white blood cell and part of the innate immune system that helps control microbial infections and tissue damage. They also play a role in organ transplant, immunotherapy and autoimmune disorders.
NK cells are a type of lymphocyte that respond quickly to pathogens in the body. They are best known for attacking viruses and controlling early cancer cells. The NK cells secrete cytokines that signal other immune cells and ultimately enhance your immune response.
Scientists have found these cells can adapt and develop memory cells, which offers new insights into the role they play in the innate immune response protecting human health. These cells make up to 15% of the peripheral blood supply, but the majority are found in the spleen, bone marrow and lymph nodes.
Many viral illnesses, like colds and flu, are seasonal. Although you can get sick anytime during the year,  colds and flu are more prevalent from October through March. There are a variety of reasons that happens, not the least of which is related to your sun exposure and subsequent vitamin D production.